Harvard Admissions Demystified: What Can We Learn?

Harvard admissions doesn’t appreciate applicants who are too techie or give off an arrogant vibe. It divides its applicant pool into “regular” and “special” groups. It actively scouts athletes, under-resourced students, and students from less-populated areas long before most teens think about their college list. It also admits legacy students at five times the rate of non-legacy students.1

How do we know all this? Because of a lawsuit challenging Harvard’s admissions policies and practices, the university was forced to disclose its sorting and deliberation process in uncomfortable detail. As stated in the Harvard Crimson, “Harvard’s super-secret admissions process is secret no longer.”2

Now that it’s out in the open, students and parents can gain more behind-the-scenes insight into creating one of the most competitive freshman undergraduate cohorts in the world. What can we learn?

1. Harvard cares about the humanities 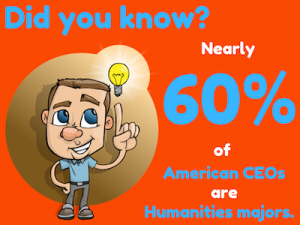 “Citizens and citizen leaders”: this is Harvard’s guiding concept in creating its incoming class every year. So it’s no wonder that Harvard seeks applicants who “aren’t so single-minded in their focus and conversations.” As a Boston Globe article states, “Take Greek instead of coding.”3 Harvard appreciates students whose interests are intentional and off-the-beaten-path. Such students, it assumes, will bring a wide-ranging, creative approach to the world.

Harvard is less interested in the superstar STEM student for pragmatic reasons as well. It will assume that an applicant focused primarily on computer science or robotics is shopping around for a top science-focused school like MIT or Caltech. If too many admits choose these schools instead, Harvard might be left with an unbalanced class or too many seats to fill at the last minute. 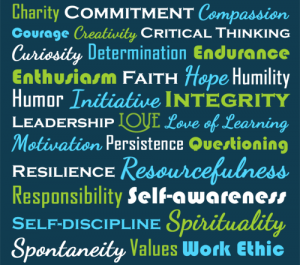 The mark of a “citizen leader” is above all, character. Until this year, Harvard looked for students with “outstanding” character but did not specify what “outstanding” means – leaving the definition open to an overly broad, subjective interpretation. This last admissions season, in response to recent scrutiny, Harvard gave its staff more guidance, further defining “character” as:

Harvard is very serious in its desire to populate each incoming class with truly interesting, strong, and open-hearted students. Take the case of a student recognized for the “sheer power and clarity” of his thought but ultimately rejected when readers learned that he “was seriously considering circulating a petition to have his then-English teacher dismissed.” Or the recruited athlete who was ultimately rejected because she lacked “spark or enthusiasm or any particularly compelling or appealing quality.” A biracial student who focused on his computer programming experience was rejected, too.5 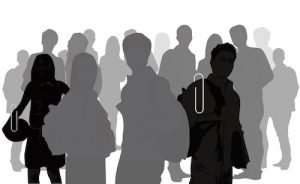 When you’re doling out entrance to an elite community at the rate of 5% in an open yet political society such as ours,6 you will be tasked, as Harvard is, with achieving a balance among wide-ranging outreach efforts, inner-circle interests, and mission-driven recruitment. Harvard navigates its complicated web of stakeholders by maintaining a regular pool and some special lists of applicants.

First, here’s how the regular pool works. After each submission deadline, applications are sorted among 20 geographic “dockets.” Next, a subcommittee of two or three admissions officers who know each region well rate applicants in five categories:

An alumni interviewer, who does not review candidate applications, submits a separate rating.

Harvard rates students on a scale of 1-5, with 1 as the highest score. Applications scoring 2 or above advance to the next round: review by a subcommittee of admissions officers, faculty readers, and a senior admissions official. Here’s where the intense discussion and debate take place as members deliberate and then decide through majority vote which applications to send to the full committee, which makes final decisions.

Along the way, readers give “tips” –  or admissions advantages – to five groups of applicants:

Applicants with tips will be given special consideration along with students on two additional VIP lists. These two lists are the dean’s or director’s “interest list” and the “Z-List.”8 Known as a “sort of back door to admissions,” the Z-list admits 50-60 students a year who are academically borderline but personally connected. The dean’s or director’s interest list consists of students the Dean William Fitzsimmons personally tracks. While the list includes some extraordinarily impressive students he’s been following for years, the dean himself testified that it favors well-connected applicants who are then presented to the alumni association or development office for a separate, additional rating.9 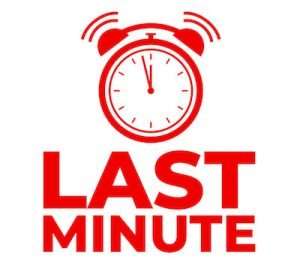 It all comes down to the full admissions committee, a group of 40 readers that meets in the first three weeks of March to navigate all these various application streams in crafting the next year’s incoming class. Delicate decisions can turn on a dime, and Harvard admissions is no exception to this unnerving truth.

As the full admissions committee winds down, it tweaks the list through a practice called “lopping” – changing an application’s status from “admit” to “waitlist” or “deny.” It does so with an eye toward sculpting a balanced class in line with its mission.

Calling its process “flexible,” the full committee is known for changing decisions right up to releasing notification. “The full committee can be fickle,” the Harvard Crimson notes. “It often changes its mind, revisiting and occasionally rescinding its decisions to accept — or reject — borderline applicants.”10

5. Admission to Harvard is harder for upper- and middle-class applicants 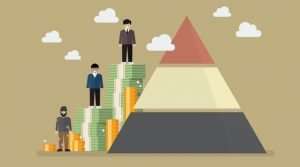 As the Washington Post reports, “Money matters. Too little can be a plus, and blue-collar parents who work as manicurists and janitors help set off a ‘diamond in the rough’….But the uber-wealthy are welcomed too, and applicants with parents willing to shell out millions of dollars to fund a new building or endowment will earn a closer look.”11

While the underprivileged or uber-wealthy get an admissions edge, middle- or upper-class students with a perfect academic profile but no legacy or athletic status have a harder time standing out. A former Harvard admissions officer puts it this way: “You don’t have first-gen. You don’t have son of a police officer. You don’t have the immigrant story, or the poor immigrant story, that captivates private colleges and universities.” And this means that candidates from middle- and upper-class families “just have to be stronger and better.”12

One might think that all of this negative attention would deter Harvard and other top schools from relying too much on subjective criteria. The opposite is the case. As admissions expert Jeffrey Selingo notes, in the last 15 years the GPA and standardized test score have “come to mean less and less.”13

When grades and scores no longer aid decision-making, by necessity, universities like Harvard resort to subjective metrics. Indeed, the University of Pennsylvania’s staff considers the “relative growth and trajectory” of applicants alongside the “absolute merit” of grades and test scores.15 And the University of Chicago has gone even further, becoming the first top-10 research university to drop its standardized test requirement altogether and join the test optional movement.16 In addition to its infamously quirky and creative essay prompts, the university application now includes a mandatory interview and an optional two-minute video pitch.

Unless they devise some sort of lottery system, top universities will continue to value personality, and more specifically personal development, as a key admissions factor. “One thing we always want is humanists,” Dean Fitzsimmons stated during his testimony in federal court last fall.17 So how can one prepare for applying to Harvard? It starts with thinking about what a “humanist” is and how to become one.

For personal stories about teens who crafted unique admissions profiles with humanist themes, I invite you to read Blue Stars case studies.

If you’d like to find out more about how to help your teen find their authentic path – something we at Blue Stars specialize in – schedule a free introductory conversation now. We’d love to hear more about your teen’s unique situation!

2“The Harvard Admissions Lawsuit, Explained,” The Harvard Crimson, https://youtu.be/iMEEAafNYq0, (October 1, 2018). This summary from the Boston Review is also helpful: “The main disagreement is one of interpretation: what factors a university can legitimately consider when making admissions decisions. Backed by conservative activist Edward Blum (who also spearheaded the Texas challenge), the plaintiff group, Students for Fair Admissions (SFFA), advocates for a narrow focus on academic achievement. Harvard, on the other hand, has stressed the importance of non-academic factors, including athletics, character, and family connections. The impasse touches on deep statistical and legal questions of discrimination, merit, and the mission of elite universities.”

3Deirdre Fernandes, “Harvard Weighs More Than 200 Variables From Applicants. Here’s How You Can Get In,” https://www.bostonglobe.com/metro/massachusetts/2018/10/28/harvard-weighs-more-than-variables-from-applicants-here-how-you-can-get/qvhueUVJmDveV5DrxzXM2L/story.html, (October 28, 2018).

5Fernandes, “Harvard Weighs More Than 200 Variables From Applicants. Here’s How You Can Get In.”

7Fernandes, “Harvard Weighs More Than 200 Variables From Applicants. Here’s How You Can Get In.”

11Fernandes, “Harvard Weighs More Than 200 Variables From Applicants. Here’s How You Can Get In.”

About the Author: Amy Morgenstern

Dr. Amy Morgenstern, affectionately known as Dr. M, is the founder and CEO of Blue Stars Admissions Consulting. She holds a Ph.D. in philosophy and an MFA in contemporary art. A former professor of philosophy, honors program associate director, and assistant to the director of the Aga Khan Program for Islamic Architecture, Dr. M brings a wealth of academic and multicultural experience to her practice.
Previous Article Next Article